Welcome! Heartwarming trip in Ueda, Nagano with my friend from Thailand①

Hi, I’m A in environment division of Ueda regional office. I love Nagano and Southeast Asia!
This February my friend from Southern part of Thailand visited Ueda city, Nagano. His name is Deen. Ueda city might not be famous as a tourist destination for foreigners compared with other places in Nagano such as Hakuba and Snow monkey park, but actually there are lots of fascinating places you should visit, so I’ll show you how we enjoyed here Ueda:) Here we go! 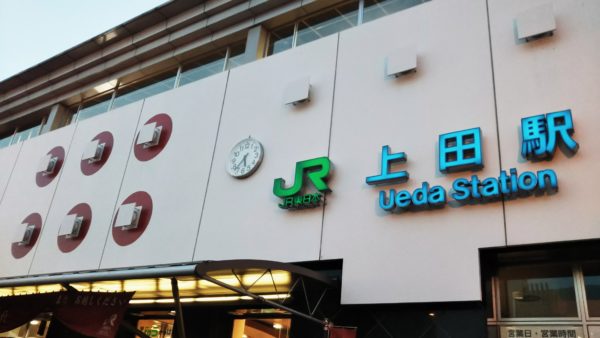 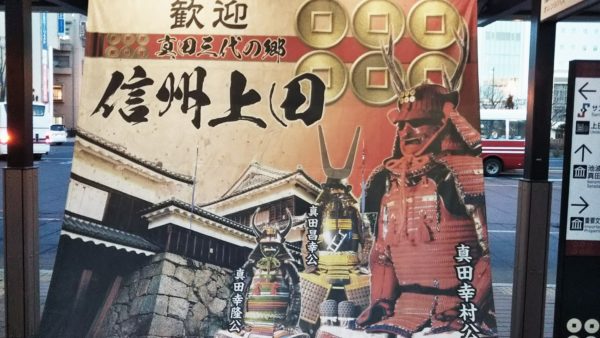 ▲Ueda city used to be the center of the powerful Samurai, Sanada family.

First we went to Ueda Castle. 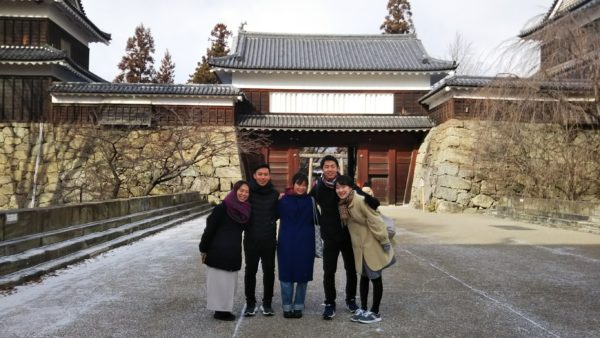 Ueda castle was built by Sanada Masayuki around 1583. 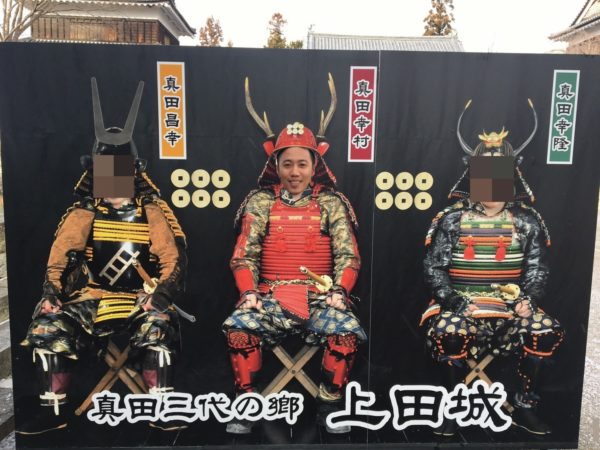 ▲You can be Sanada Samurai family instantly!
When we were chatting in front of the gate, someone gorgeous was suddenly coming to us…! 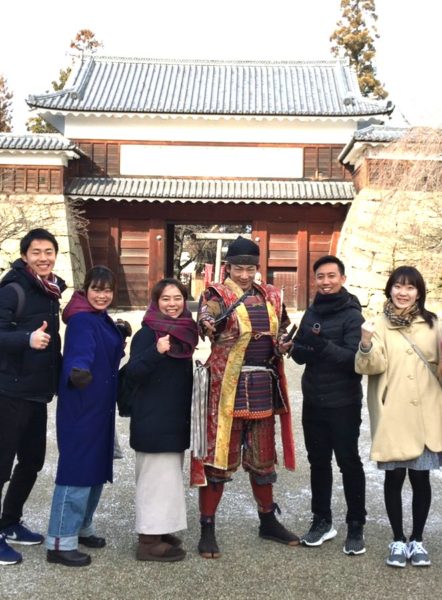 Who? It was Yukimura Sanada! Greatest warrior of the land! If you are a fan of Samurai warriors (Sengoku musou), you’ll know him better than me. How lucky we were to see real Samurai here! Great! 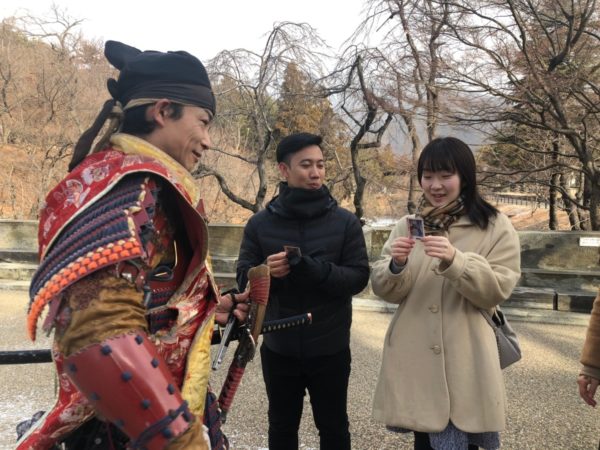 He warmly welcomed us and gave us his name card. I felt as if I traveled back in time…:)

Next we visited Sanada shrine in Ueda castle park. 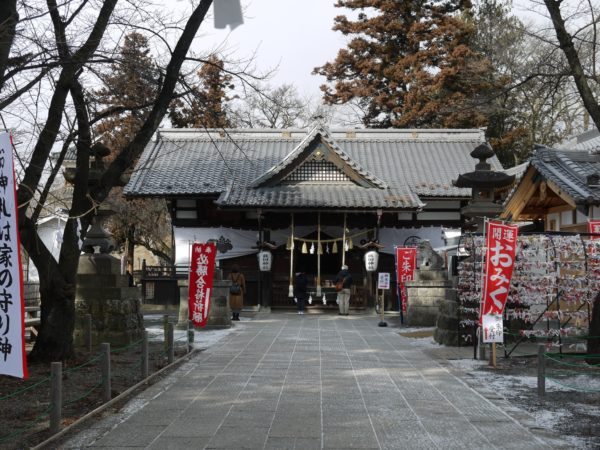 There was the giant statue of Samurai’s helmet near the entrance. 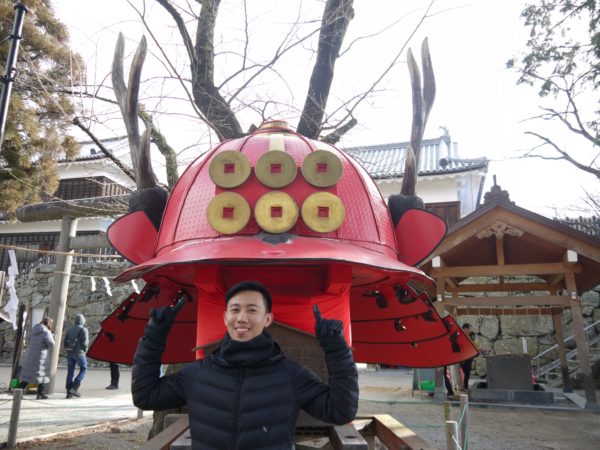 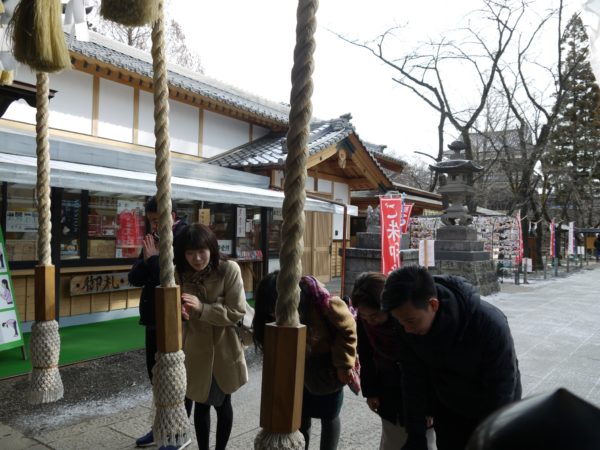 After saying hi to the God, we tried a fortune paper! 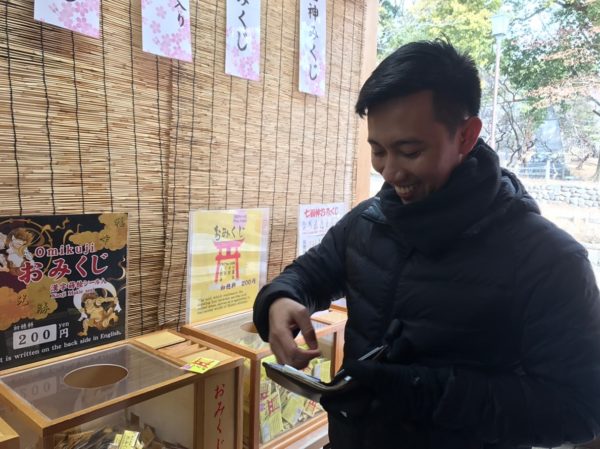 Various kinds of oracles made even Japanese feel excited. Of course, there are English-version fortune papers, so Deen tried it and picked up the paper saying ” Lucky in the end”. 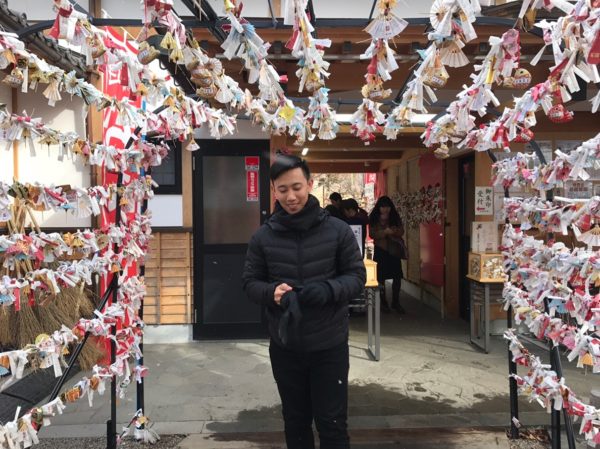 We could command a panoramic view of Ueda city from the park. 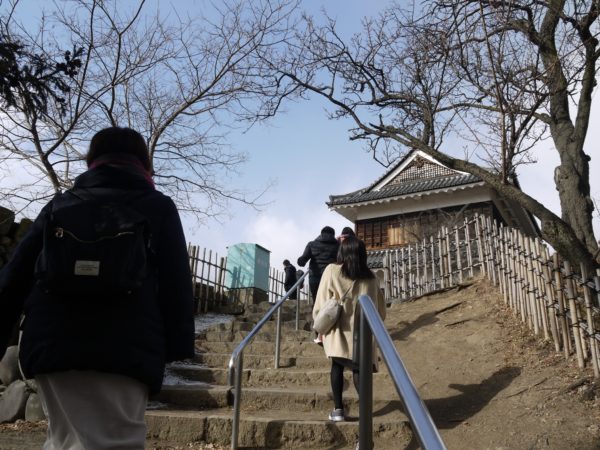 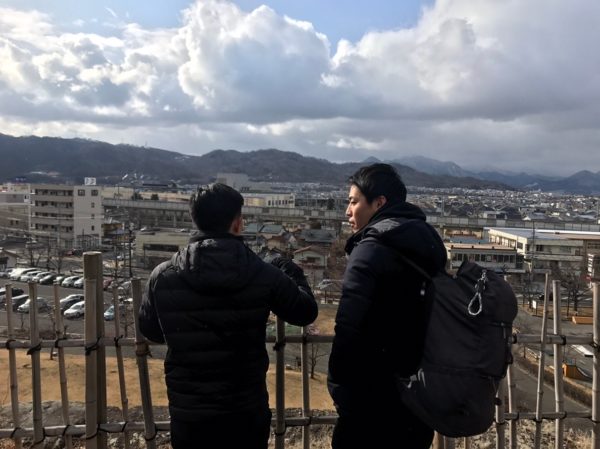 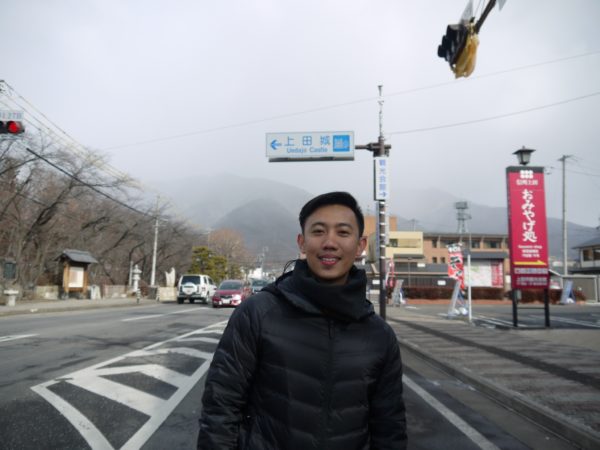